The Shadow Military: How Do They Look Like? (Revisited)

Hi everyone! Welcome to another episode of The Spiritual Alien podcast!

So, tonight’s topic is the second episode of a short series that I’ll be diving into about the shadow military. To continue this series, tonight’s episode is about how do these shadow military people look like, and if they are human or non-human. And I know, I know that this second episode in the series was supposed to be about military abductions, also known as MILABs.

So moving on to tonight’s episode, you already know what is the shadow military, who are they and what do they do, but how the hell do they even look like? How could I tell the difference? Were they human or non-human? Let’s get started, shall we?

For the sake of this episode, you should become familiar with the term “soldier in black” which I have come up with and will be using in this episode, and perhaps other episodes during this series or after it’s over. A soldier in black is not the same as a SWAT team officer or from any other organization, though.

END_OF_DOCUMENT_TOKEN_TO_BE_REPLACED

The Shadow Military: Who Are They? And What Do They Do? (Revisited)

Hi everyone! Welcome to another episode of The Spiritual Alien podcast!

So, tonight’s topic is the beginning of a short series that I’ll be diving into in the next few episodes about the shadow military. To start off this series, tonight’s episode is about who they are and what they do.

So moving on to tonight’s episode, I have a confession to make. Before going public about 5 years ago, I did not want to go public. But I had no choice. First, I had two framed drawings that I had made that I had sent for an exhibition in Las Vegas which were stolen from me, one of them being The General who is featured in the cover of my first book and the Reptilian Lady which I specifically talk about at some point in the book. Now this was the first reason, I wanted people to know that these beings were mine, that the artwork was mine and whoever had them no longer had my permission to continue to use them, which was the leader of the ET support group that I was a part of, who kicked me out after I collected evidence and exposed a man who was sexually harassing me and the whole group turned against me in his defense, including the person who was previously harassed by him who was supposedly my best friend at the time. I talk about this in the book so I’ll spare you the whole story.

The second reason was because I wanted to find answers. At the time it had only been 3 years of my spiritual awakening, the first 2 years were packed with interesting experiences involving the shadow military with some military abductions involved, black helicopters and even the men in black, but also out-of-body experiences where I was being trained in underground bases by a group of U.S Army men or in the desert by a group of U.S Marines, but I knew these groups were not part of the actual U.S Army or Marine Corps that we all know, although they would wear the same uniform from these two branches.

If you have read my book “Connecting The Stars” you know more than anyone else that I have had my fair share of experiences involving encounters and interactions with these people in one way or the other and they have never been pleasant. At the beginning of my spiritual awakening I had no idea what was going on and who were these people, but it all started to become clear as time went on, including the fact that some scenarios that were happening to me were once recurrent experiences during my childhood that I could not put into words. And by the way, you can read 7 random chapters for free by signing up on zionzeta.com/ebook and it will be sent directly to your inbox.

I still don’t know why all the things that happened to me happened on the first place, but these two reasons are just that, only two out of many reasons as to why I have gone public. My motivation and drive was to find answers for myself about all the things that have happened to me. However, along the way I have accidentally helped others to not feel alone about their experiences as well as inspired them to speak up about theirs. It was not what I had in mind, but what the Universe had in mind.

A word of warning here though. Something that happens when you go public, is that more and more people will start to approach you with similar experiences, which can bring you some sort of validation to your own. However, there is a lot of filtering out to do, you must be aware that not all these people are necessarily telling you the truth or are mentally stable, some are deeply disturbed and not necessarily mentally ill, and some don’t have good intentions. Some will twist your own story to make it seem as if they have gone through the same exact things as you have, only to get your attention and possibly cause you harm.

Along the years, I have received numerous threats, both before going public and after going public with my story and experiences. Initially though, I did not want to get involved in reporting them, because I did not have the proof of them and they were more like intimidation tactics rather than direct threats, they involved calls with no numbers at 3:00am, empty voicemails, the black helicopters and of course the men in black. After going public I eventually have taken care of the more direct threats as they come from the general public, and I know how to track the location of the individual and send the appropriate information to the appropriate departments. This is not something I am proud of doing or saying, but if you have the balls to make a threat to someone online, you will need to grow a second pair to deal with the consequences because I don’t fuck around.

END_OF_DOCUMENT_TOKEN_TO_BE_REPLACED

Hi everyone! Welcome to another episode of the Spiritual Alien Podcast.

So, where the hell did I go?! I took a week off from the podcast for a mini break during quarantine. Yes, a break within a break. You might relate, especially if you live with a large family. In my case I wanted to give my mind some rest and brainstorm the upcoming content for the podcast, so I took advantage of what would have been Spring Break in order to rest, recover and brainstorm.

So, tonight I want to share with you a revisit and re-introduction to The Shadow Military Series. You may be familiar with this series back in 2018, but if you are a new listener you probably are not. Regardless, in the next upcoming weeks, I will refresh your memory with content that I have already shared previously and new content that I want to add to this series as well as some old events and recent events that I have experienced not long ago that I want to share with you. This time though, I have witnesses and I have physical proof that I will share publicly for the first time ever as far as black helicopters are concerned. At the end of this series, you will be able to download The Shadow Military e-Book that I made back in 2018.

What can you expect from The Shadow Military Series? In the next upcoming weeks, I’ll be covering the following topics:

END_OF_DOCUMENT_TOKEN_TO_BE_REPLACED

Hi everyone! Welcome to another episode of the Spiritual Alien Podcast.

WELL WELL WELL. It looks like things are changing around here, aren’t they?

For this episode, I recommend that you grab some snacks with a drink and get yourself comfy, cozy and bundled up, because there is a lot that I want to share with you tonight.

This episode will be a bit different tonight because it will feature certain sounds that you have never heard before in any of my episodes. I want this episode to be more laid back and casual, I want you to be relaxed and enjoy your cozy time with me. So what better way to crown this episode than with a podcast update on what’s next for the upcoming 50 episodes.

First of all, how are you dealing with quarantine? Is everything alright? Did you shave off your eyebrows yet? Let me tell you something, my friends have been doing some wild ass shit, from cutting their bangs, to going bald, to shaving their eyebrows. They can’t blame Mercury retrograde on this one though.

Personally, I have been alright, I am an introvert so I am used to being home for one month without any issues, but when you have your family with you and nobody has anything to do, it can get quite irritating when I want to have time for myself and I get bitched out for not wanting to spend time with them. You might be able to relate if you are an introvert yourself as well.

Have you been doing anything productive? In my case, I have been mostly potatoing, sleeping in late and getting rest. My allergies are finally under control thanks to my boyfriend, my allergy nasal spray, so now I can sleep like the baby that I am. But other than that, I have been working on the podcast, three private projects with three separate clients and of course, my upcoming second book “Connecting The Stars II: Illustrations of a Contactee.” I have been half-assing my language lessons, but that’s only a casual hobby, I don’t expect to learn the full language. This brings me back to the podcast and what I want to share with you tonight.

So, what’s going to happen, what’s next, what’s new with the podcast?

END_OF_DOCUMENT_TOKEN_TO_BE_REPLACED

Tune in to listen to Zion Zeta for the first time ever do a raw (no intro, ad or outro, and unscripted) episode with a channeled chakra meditation and astral parasite extraction with her Selenite sword, to dissolve your anxiety and ground you during this turbulent time. 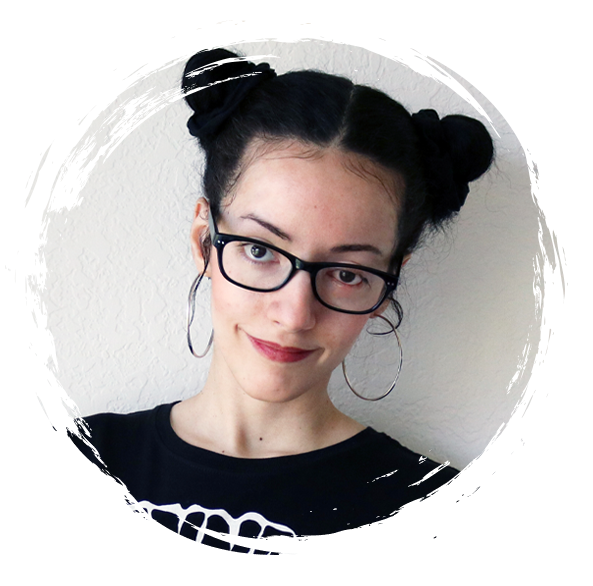 I am Zion Zeta. A 3D artist, author of “Connecting The Stars,” tarot reader with a decade of experience, intuitive coach and web/graphic designer. Currently a senior in DeVry University pursuing a Bachelor’s in Multimedia Design and Development. Phew!

This blog is linked to my podcast, The Spiritual Alien, where you can watch, listen + read the episode transcripts all in one place! 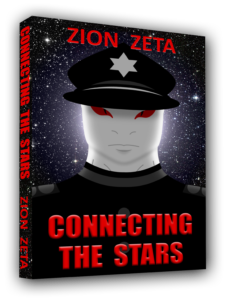 And receive my FREE e-Book where you can read 7 random chapters for free as my gift to you for your love and support!