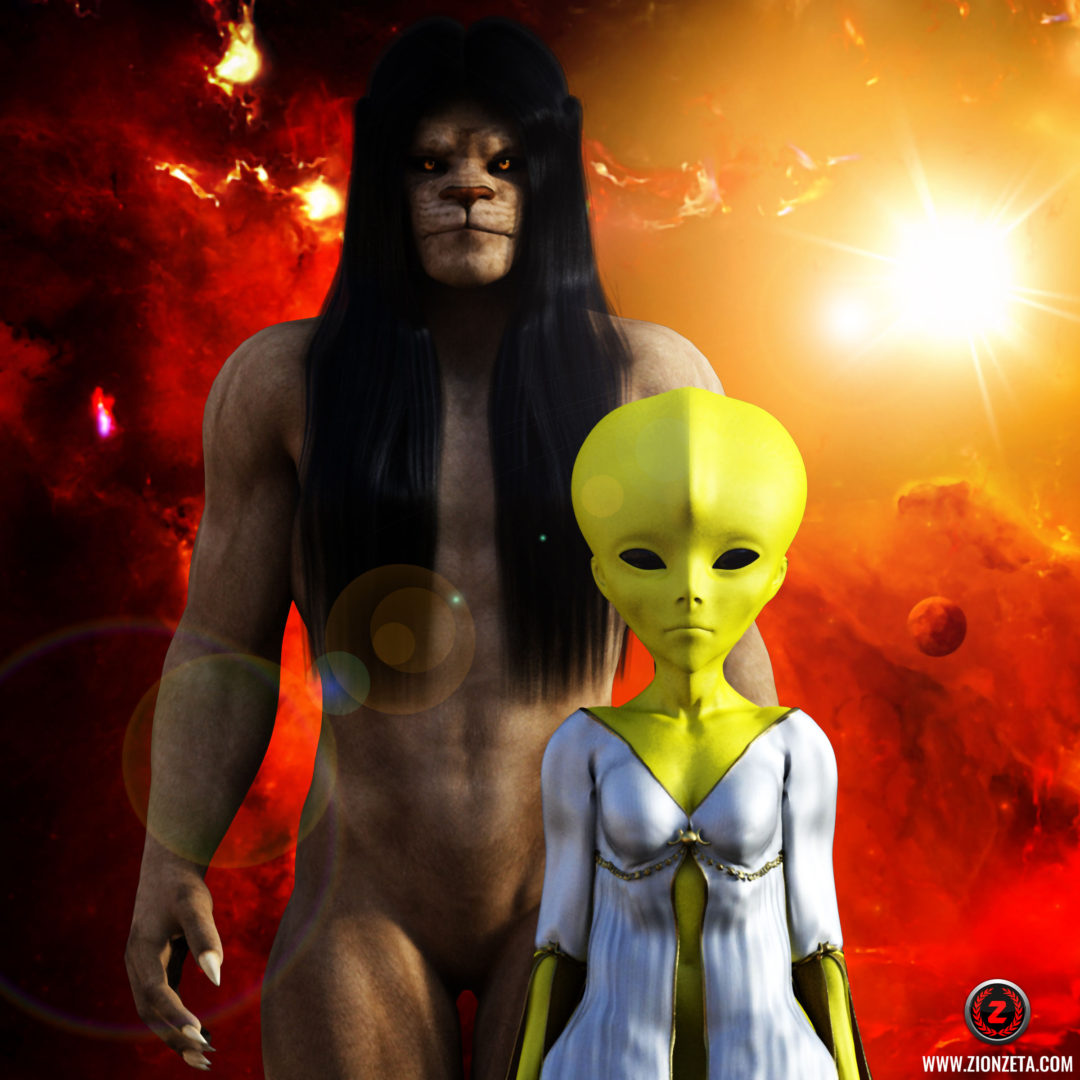 Karl is a Reiki Healer and he wanted me to bring through two of his guides that help and assist him during his sessions. I immediately picked up on a female Arcturian vibe (note: this is how I personally see them, usually yellow/golden and their physical aspect varies, in rare times they are purple/indigo in color with a fuchsia hue/glow *to me*) and she revealed herself to me during meditation. Her energy was firm yet very gentle, soothing and comforting, almost motherly but not quite, with a long flowing white dress with golden details.

Karl had asked to bring forth a Lyran lion being, but he was very difficult to perceive and pinpoint…so I spent quite a few days meditating on the energies that I could perceive (in the little bit of free time from college) because I just *knew* there was a Lyran being wanting to come forth but I could just not see him at all, until the Lyran lion being eventually allowed me to see him. It all happens in divine timing.