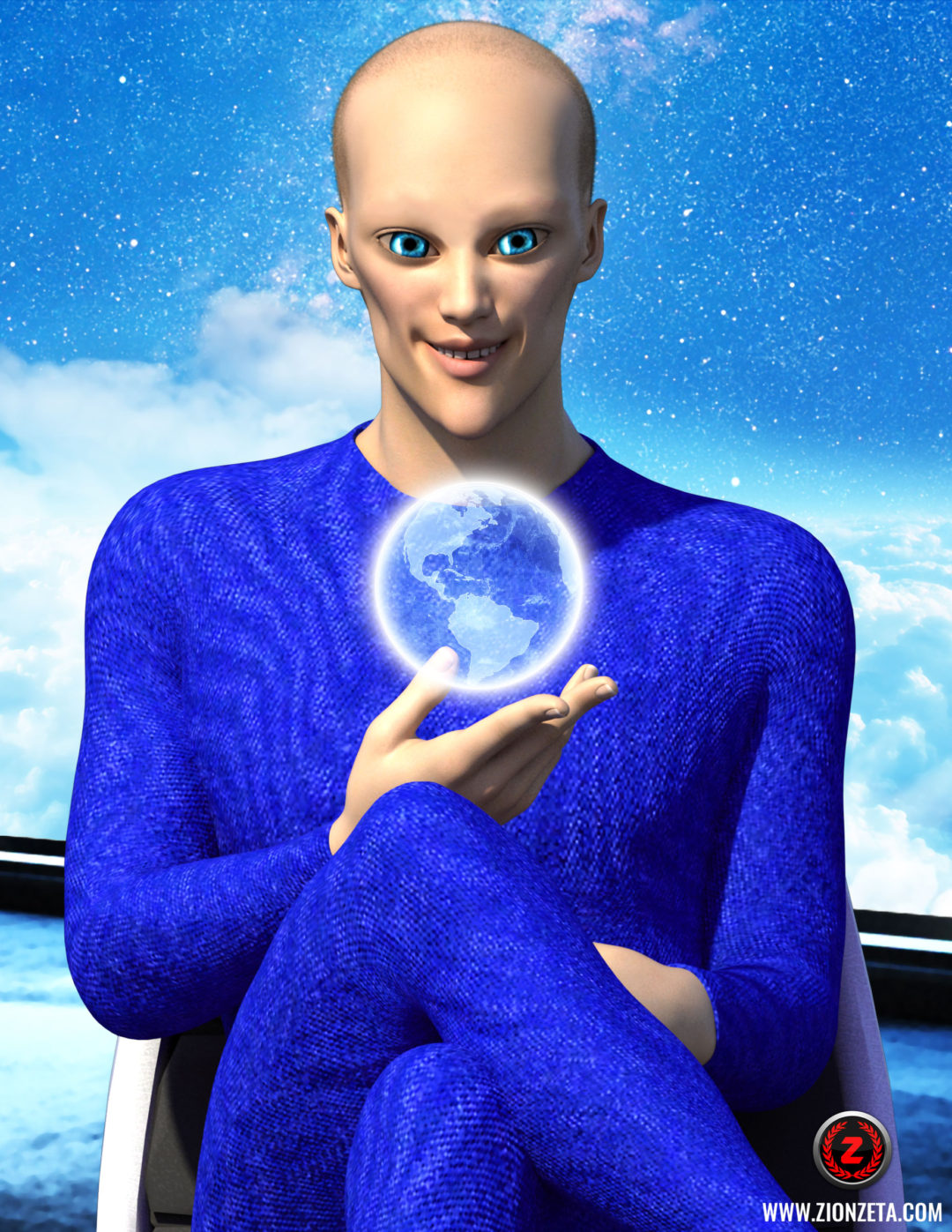 I have been sick for the past two weeks or so (and battling depression), so things have been fairly quiet over here, but I have fully recovered by now (from the flu). I was reserving this illustration for tomorrow which is my birthday (the 5th) but I realized I won’t be home.

About a week ago I was astral projecting in my own home (perhaps in a parallel dimension as I could touch and hold physical objects) and I was in my bedroom at the computer on a video call with three males that reminded me of the Pleiadians, but I can’t be too sure of their origins. Each one of them was on a different location from the “main control room” of the spacecraft. They were blonde, with large blue eyes and had blue suits with no symbols in them.

One of them in particular caught my attention, he was in between the other two on the video call. He was bald, had large blue eyes and no eyebrows, unlike the other two that had long blonde hair and thin eyebrows. I was quite intrigued with his appearance and his energy, but I remained silent and allowed them to talk to me and between each other while I gazed at him to memorize his image.

He knew that I was observing him, so he smiled at me while “holding” a hologram of Earth, communicating to me telepathically that they were part of the Ashtar Galactic Command and that they were observing and protecting Earth, and that the reason why I was seeing them was because my star family (the Draconians) work along with them, and to expect more communication and contact from crew members of the Ashtar Crew.

“What’s your name?”
“I am Commander Anshar, at your service.”