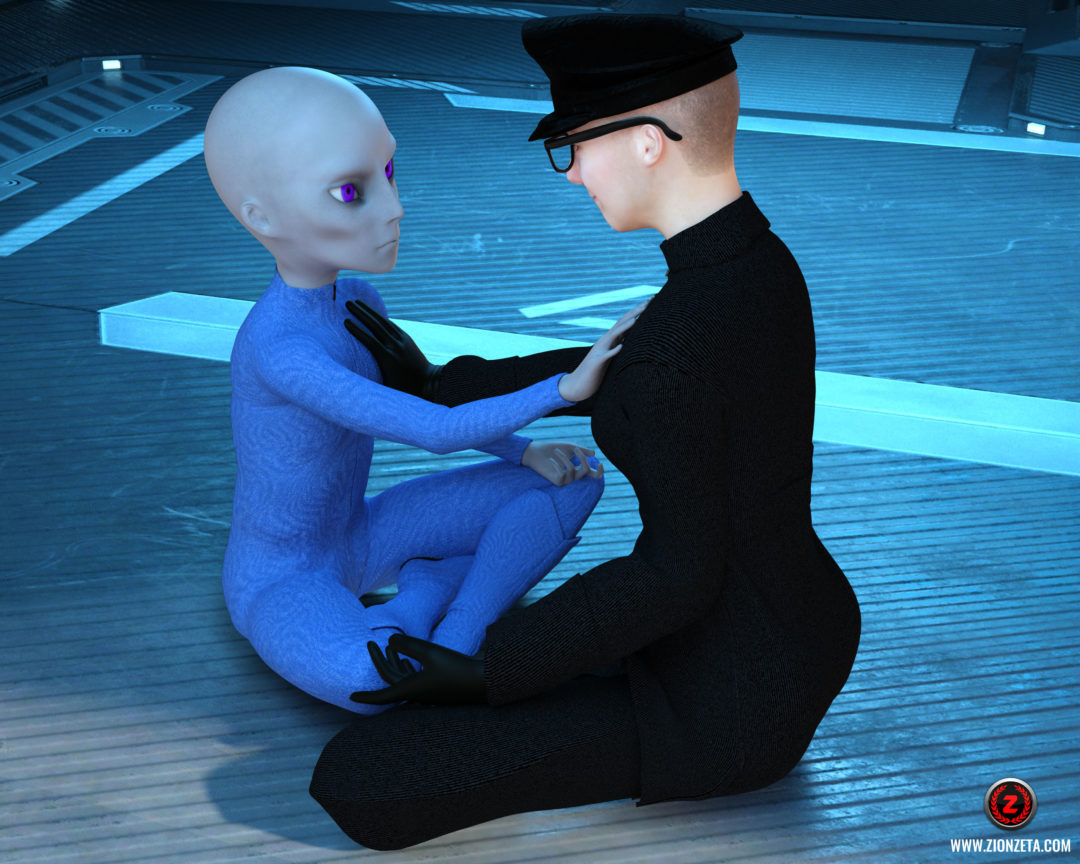 Back in April 12th, I had a dream where I was taken to a spacecraft. There were a lot of people in there, well, “people” who were much shorter than me. As my vision cleared and I became fully conscious and aware of my surroundings, I realized that I was surrounded by ETs that looked like the Zetas, but they did not have the fully jet-black eyes, their eyes were more…normal, with white scleras, irises in different colors with round pupils.

There was a particular being, who stood in front of me much further away, with his hands clasped behind him. He wore a full-body uniform in a rather light blue, the boots he was wearing were also of the same color and texture of the uniform, but what struck me the most were his purple eyes. They were breathtaking, calming and profound.

He approached me with a smile and stood in front of me, so I looked down at him. His head could reach my chest, I am 5’7” feet tall for reference.

He sat down on the floor with his legs crossed, so I mimicked him.

“There are some things you do not yet understand, but they will become clear after this.” He placed his right hand over my chest where my heart would be.
“Place your right hand over mine, and breathe with me.” I did exactly as he instructed me to do, I placed my hand over his chest where his heart would be located – which apparently it is – and I began to take deep breaths along with him, synchronizing our breaths.

A flow of energy was coming from him, I could feel a cool wave slowly enveloping me while a white cord was extending from our chests – heart chakra area – and connecting us together. During this time we were making eye contact. He gazed into my eyes with such intensity, curiosity, wonder and awe. I could not stop smiling at him. Once this bond was made, the white cord dissolved.

“What’s your name?”
“You may call me, Commander B.” I raised an eyebrow, and I woke up.

For some reason I had a lot of complications with this render, I tried to do it on the same day of the experience, but it didn’t work out. I have been trying and re-trying since April 12, and now finally I was able to get it right and to fully complete it.