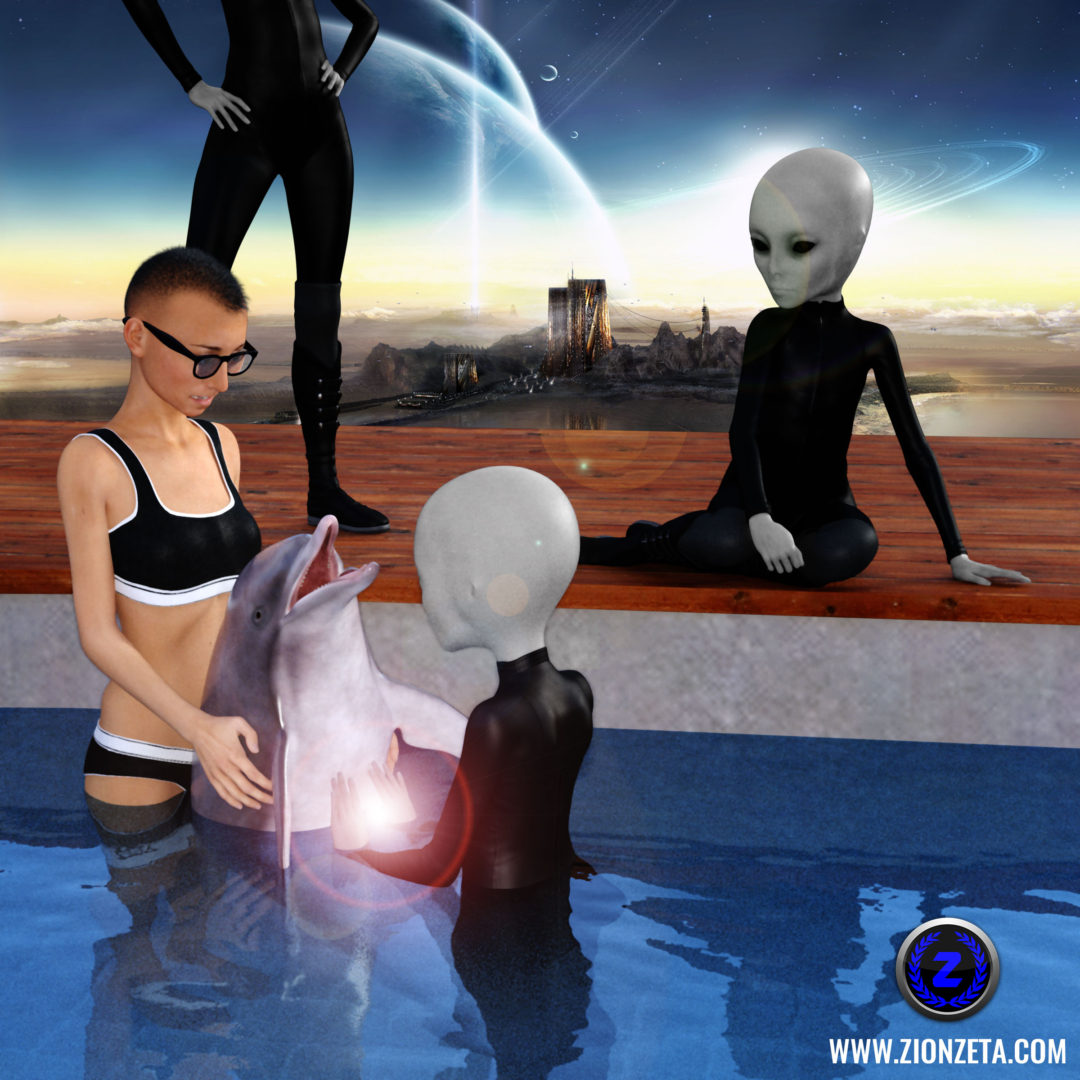 I had a dream where I was holding a large figure that was leaning over my chest. I would occasionally caress their belly, I had the impression that I was being given instructions to do so. I could tell this figure was a female, until her image became clear to me and I realized it was a dolphin.

I could feel her pain, right in my womb. She was in labor. I had to keep her calm, while a Zeta in front of me was taking care of sending her energy healing through his hands, so that she could give birth in a peaceful manner.

Eventually, I could feel her expanding, as if she was taking a deep breath, so did I to synchronize with her so she could feel comfortable and safe in my embrace, and then several baby dolphins made their way out of her. I have never felt so excited in my life! It was a very thrilling moment to be surrounded by baby dolphins all of a sudden, swimming all around me. I couldn’t help but laugh and exclaim in excitement.

“Life! I’m so happy that I’m able to see others give life!”

I could tell there were two other Zetas standing behind me, observing me. I could sense their eyes on me rather than on the mother dolphin and her babies, so I tried to contain my excitement, until I received the impression from one of them that expressing my excitement was, in part, the point of being a part of this experience.

I still feel a deep sense of gratitude and joy for being allowed to witness something like this, as well as for being a part of it.