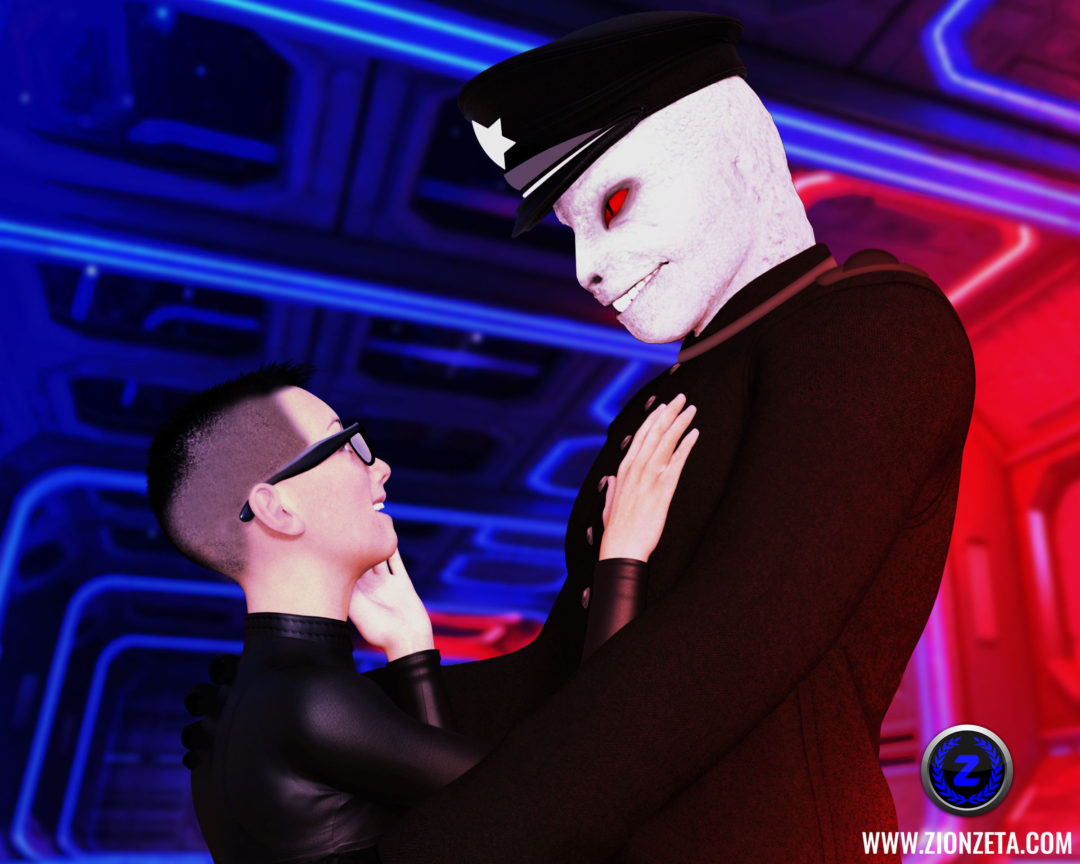 The General (my star father) visited me in the astral plane the other day, or rather, I visited him on his spacecraft. We conversed about some personal issues I’ve been going through, to which he cleared up for me by giving me advice followed by some bizarre examples (that strangely enough still made sense) so that I could fully absorb the information he was transmitting telepathically. So of course I had to do a 3D rendering of him.

I am 5’7″ so The General is quite tall, although I believe he is “masking” his height so as to not frighten me. Originally, he does not have scales.

It’s interesting how the background changes from blue to red, this was accidental and at the same time an irony (if you’ve seen the contrast between the colors of my website and my book, you’ll get the point) as The General is usually associated with red and I am associated with blue, so it’s interesting to notice how it all played out by accident when I was working on this rendering.