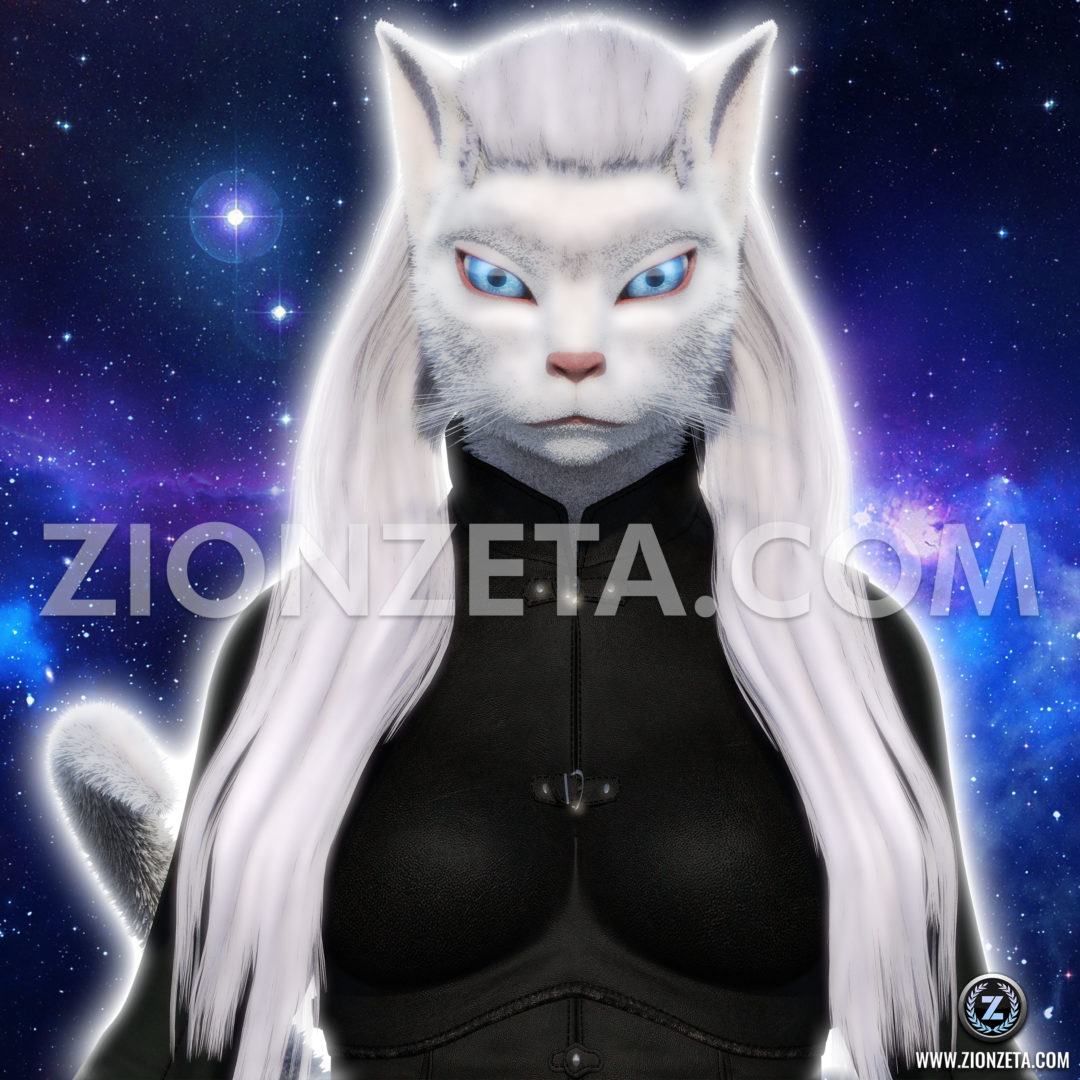 Before I get into it, I want to say there is a reason why this particular portrait has a huge ass watermark in it. I want to thank my client for giving me authorization to do so, and you will all know the reason for this eventually.

For the longest time, Christopher has been visited by a “white cat lady” of ice-cold eyes wearing an intensely black uniform, no insignia’s or anything. He specifically described her as being very stoic, sometimes rude, mostly intimidating.

When I tuned in to his energy, I found out that she is actually a Lyran feline rather than a Sirian feline like he had thought for the past 10 years. The reason why he felt that Sirian connection is because he was tuning in to his own feline aspect that was/is from Sirius, hence the confusion.

The reason why she is stoic, rude and intimidating is because she is a commander, Chris. Obvs she’s going to be an asshole, especially with your questions. If she’s not responding to you, stop “fucking pushing her” as she put it. She is more of a trainer to you rather than a wise gentle guide or something of that nature, which is why she will not respond anything to you, because that is not her designated area and if she does she would be “breaching the contract” which will get her in trouble.

The reason why you dream of piloting spacecrafts is because she is the one teaching you how to use them, as it seems that you are quite a young pilot over there. She is very strict because she is in charge of “a lot of people” and any mistake that she makes can and will get her in trouble “with the big ones” if that makes sense. I am sure you know as you work in the Air Force yourself. Granted, you’re not a pilot, but you know what I mean.

There are some things she wants to address with you regarding your life and current path, as well as how to connect with her outside the astral plane. [OMMITED]

Now that you have this portrait, the connection will only become stronger. Make sure you meditate on her image before you go to sleep, along with the instructions I gave you on the tools you need. You are already sensitive to her energy otherwise you wouldn’t have been having contact with her for like 10 years, however, since you struggle with getting the words out and remembering, these tools will help you be more lucid and remember your full experience. Don’t forget to take notes.

I love Lyrans, I never had any issues with them, maybe because I only met two in the past decade, a humanoid male of dark skin and a humanoid bipedal lion. I am surprised of this energy coming through, it is the first time in almost 4 years. I have depicted humanoid lions and lionesses before, privately however, but I have never felt anything like this energy, which brings me back to the beginning of my awakening. I love her vibe, I dig her vibe, I feel like she gets me, which is not something a lot of people in this planet do, and I am highly honored to have been able to bring her through. It’s strange, but I feel a bond with her, something that only tends to happen to me with my own ET contacts, or other people’s Reptilian or Draco connections, but then again those races get along really well and some groups are super close, which may explain why I feel that bond with her. I hope that you enjoy my humble portrait.