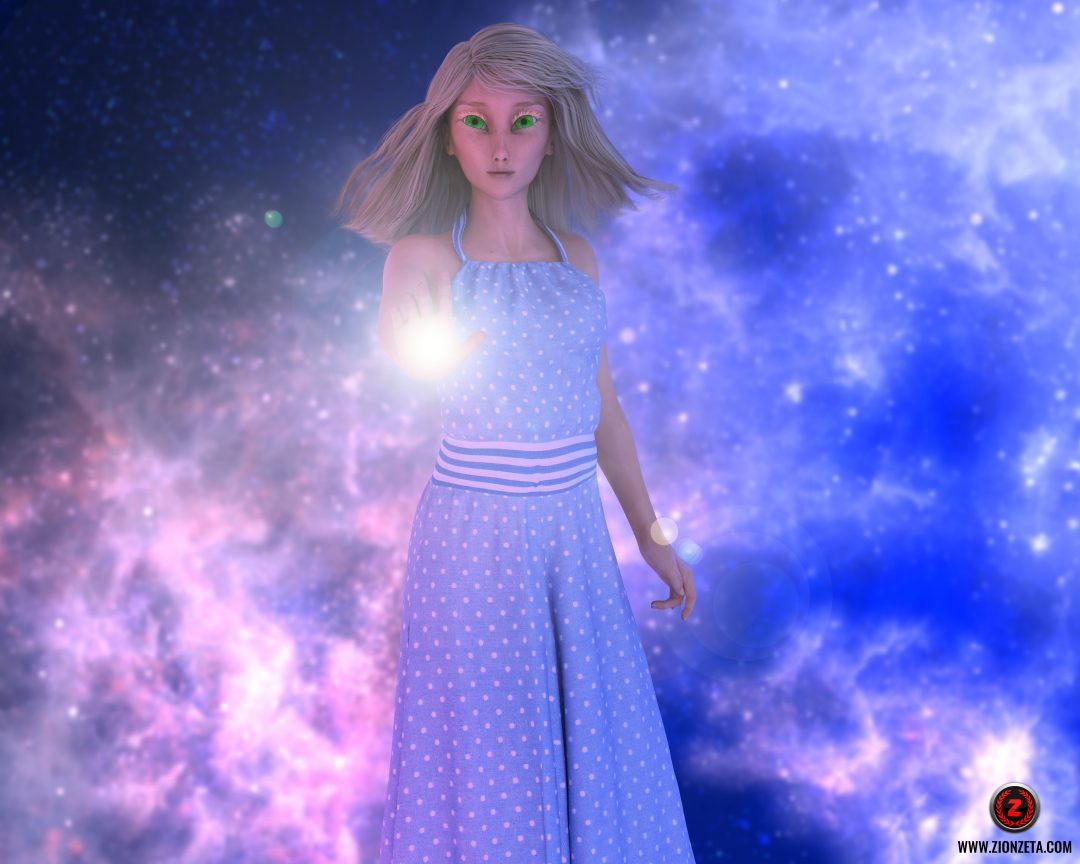 In the previous portrait, I explain more about who she is. Recently, Maia has been showing up to Jason in human form, except with some minor differences that make her stand out from an Earth human. Maia reminds me a lot of Shayla from the YahYel when her skin color is blue. I have always suspected that she is the hybrid daughter of Shayla and Jason, however that is unconfirmed, for now.

Because Maia has been showing up with a more human appearance to my client, he has asked me to depict her in human form. She is not a Sassani, she is a YahYel who is under the care of Shayla. I do not follow the teachings of Bashar, so I am unfamiliar with Shayla, and honestly…I don’t have time with all the portraits I have to do for others AND myself for my upcoming second book.

Originally, there were no meditation notes for this particular portrait for my client, as he only wanted me to update her physical appearance. It was time to release her to the public, so here she is!