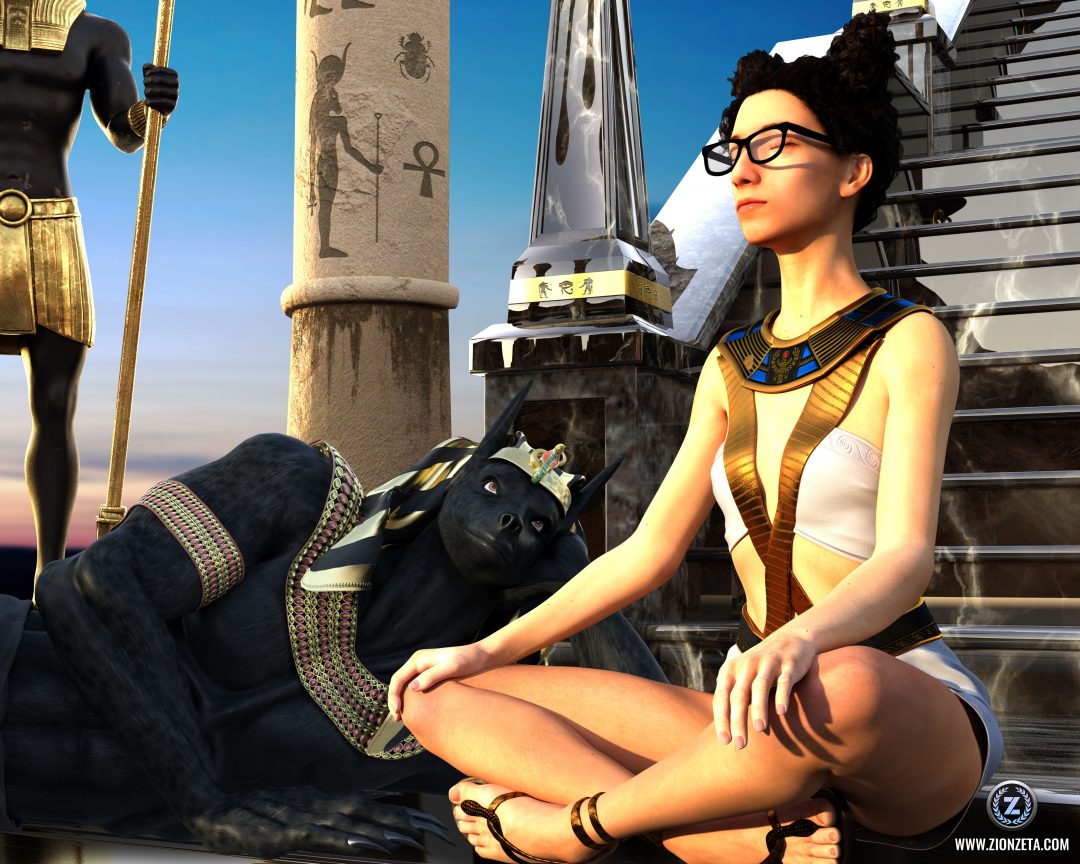 At some point during the final week of August was my 10th year anniversary of working with main patron god, Anubis.

After Toby’s passing last Friday and working my altar very closely with Anubis for almost 2 weeks, I absolutely forgot about this special moment. I don’t remember the exact date of when everything officially started back in 2010, and even then I’m not going to share it publicly. No one deserves to know exact details of my connection with Anubis, especially when there are so many “cameras” lurking my content across social media with bad intentions towards me.

But what I will share is this. Anubis started to circle me during late Spring and early Summer of 2010 after I got an astrological birthchart reading by a kind man from India, who strongly urged me to look into past life regressions due to having several in Ancient Egypt, one of them as a High Priestess in a temple. After this reading and doing research, the first Egyptian god I came across was Anubis.

I felt a sudden and immediate connection with him, a sense of familiarity, a re-encounter. The bond was something that transcended lifetimes, something that was pure and ancient, yet indestructible and eternal. It was then that I got a small taste of what unconditional love felt like, but little did I know what I was in for.

I received astounding physical signs, both in digital form and in the physical, of his presence. Whenever I would ask him to show me something specific or to give me a specific sign, he would do so immediately, in fact, he would go out of his way to really impress me. Even my family was part of the craziest synchronicities I had experienced so far, back in 2010. It wasn’t until the death of Summer, though, that I finally started to see him in the astral plane, but it was an actual physical sign through someone else outside my family that finally made me acknowledge his presence in my life and it was then that I realized that I wasn’t making things up.

There is so much I could say and share about our connection, but many of these things are sacred and private. But what I will share is this. He has shown and revealed so much to me, he has exposed so many fake friends, hidden agendas and even future deaths of people close and far from me, he has helped me so much and in so many ways…he has given me so much unconditional love, protection and guidance. No words can describe exactly what and how I feel towards him, so they are limited to gratefulness and unconditional love.

I can’t believe it’s been 10 years already, it feels like it was only a year ago back in Puerto Rico when I would sit down in my mother’s cozy bathroom in her big fluffy rug to meditate and attempt to connect with you to get to know you and ask you why you were here. I am eternally grateful to you, Anubis, for your presence in my life and for all you’ve done for me. My love for you still burns brightly, unconditional, and indeed, eternal.