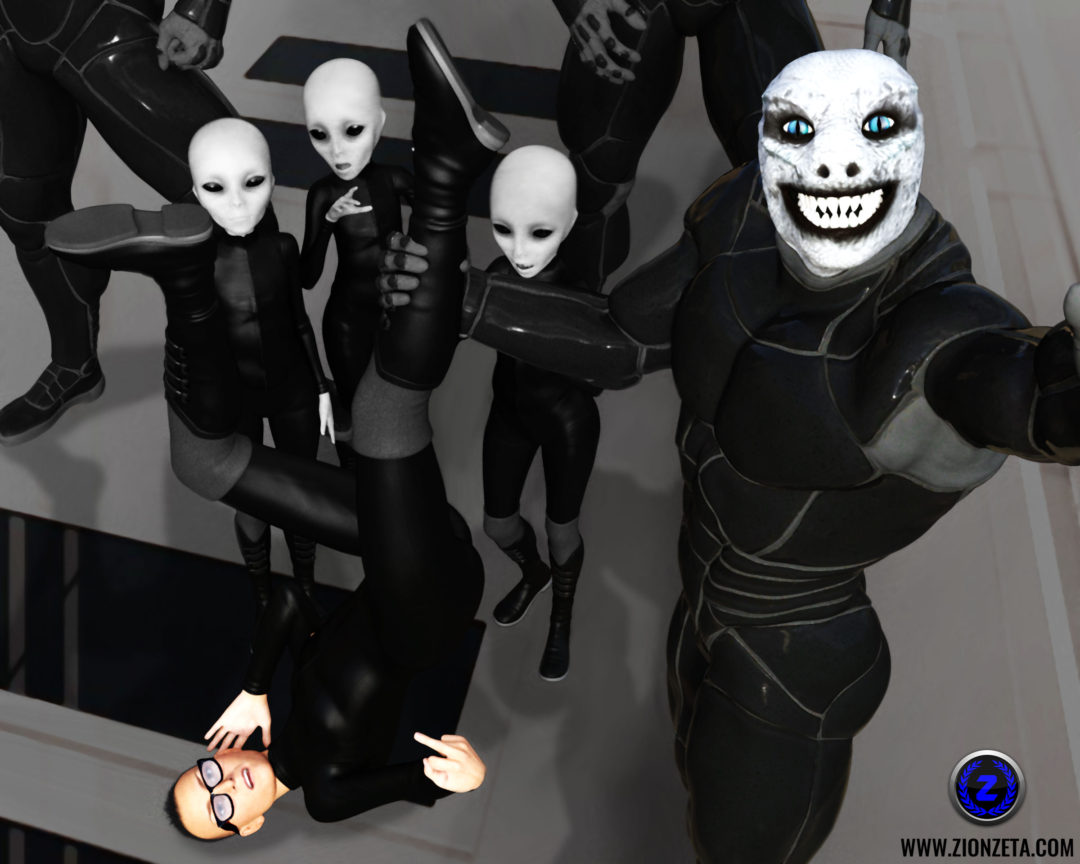 I made this rendering back in September but never quite finished it until recently. There’s a funny story behind this as you can imagine with the title and the image itself. There is a specific and strict rule aboard The General’s spacecraft where *I* (the only human aboard the ship once in a while in astral) am not allowed to use any type of electronic device *from Earth* unless I ask for permission, which once granted, am allowed to use in one room from the entire spacecraft. (Now that I think of this it makes me wonder if I actually am taken there physically)

One time I asked The General what would happen if I broke that rule and managed to sneak my phone in a no-electronics zone from the craft, and he sent me a telepathic image of one of the crew members, Damian, lifting me up from one foot and taking a selfie with me hanging upside down before confiscating my phone, and that’s how this image was born.