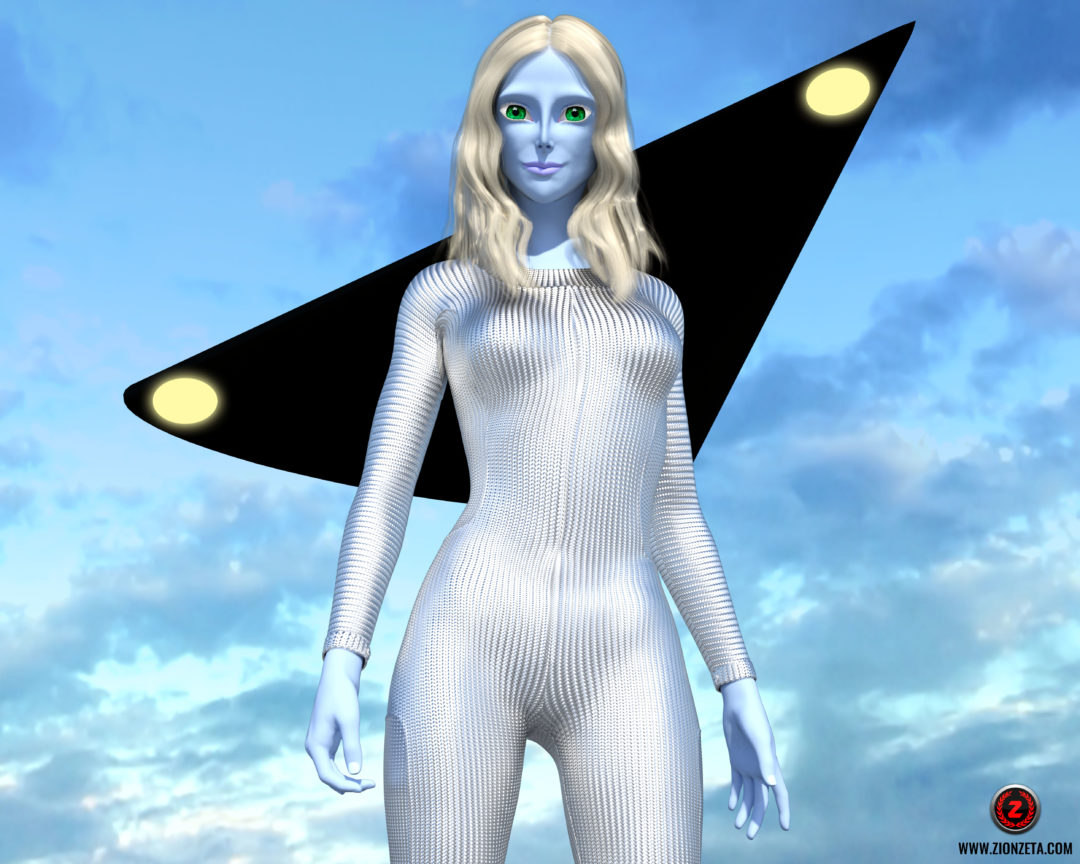 Commission for Jason. And myself.

Shayla is best known for her role in connecting humans with the YahYel, as well as hybrid children.

While assisting Jason to connect with his hybrid children through my portraits, Shayla has been observing the situation and facilitating the connection between him and his hybrid daughter Maia. Jason commented to me about seeing a triangular spacecraft with soft yellow lights in his physical reality some time ago, so I decided to incorporate it here, because typically triangular spacecrafts are associated with them.

However, because I have been involved in the process and acting as a medium between Jason and Maia to establish a firm, strong and permanent connection between them, Shayla has decided to come around for a visit and assist me in connecting and meeting up with my own hybrid children as well.

A few days ago I had a dream of being taken aboard a spacecraft, but I had the screen memory that I was in a large baseball field, even though there was no field, only darkness with huge fluorescent white lights above me in what seemed to be a round room, it was full of ETs, but they kept to themselves. In the center of that place, there was a woman with blue skin and blonde hair, wearing a shimmering silver full-body suit. She waved at me to come closer, so I followed instructions and approached her. I was accompanied by one of my own connections, Charlie.

Once I was next to her, her image became blurred and she stepped away, that’s when I saw a hybrid girl approach me. She had reddish copper toned hair, thin eyebrows, large eyes with dark irises and fair skin, she also was wearing the same suit. We had a brief conversation which I do not remember, but as soon as the girl began to speak Draconian, I recognized her as my own hybrid child. After that, I woke up.

Because it’s been 3 years since I first and last met and saw Shayla, this portrait is a combination of intuitive and analytical perspectives from my part, followed by some revisions here and there until the client gave me the green light. No pun intended lol.