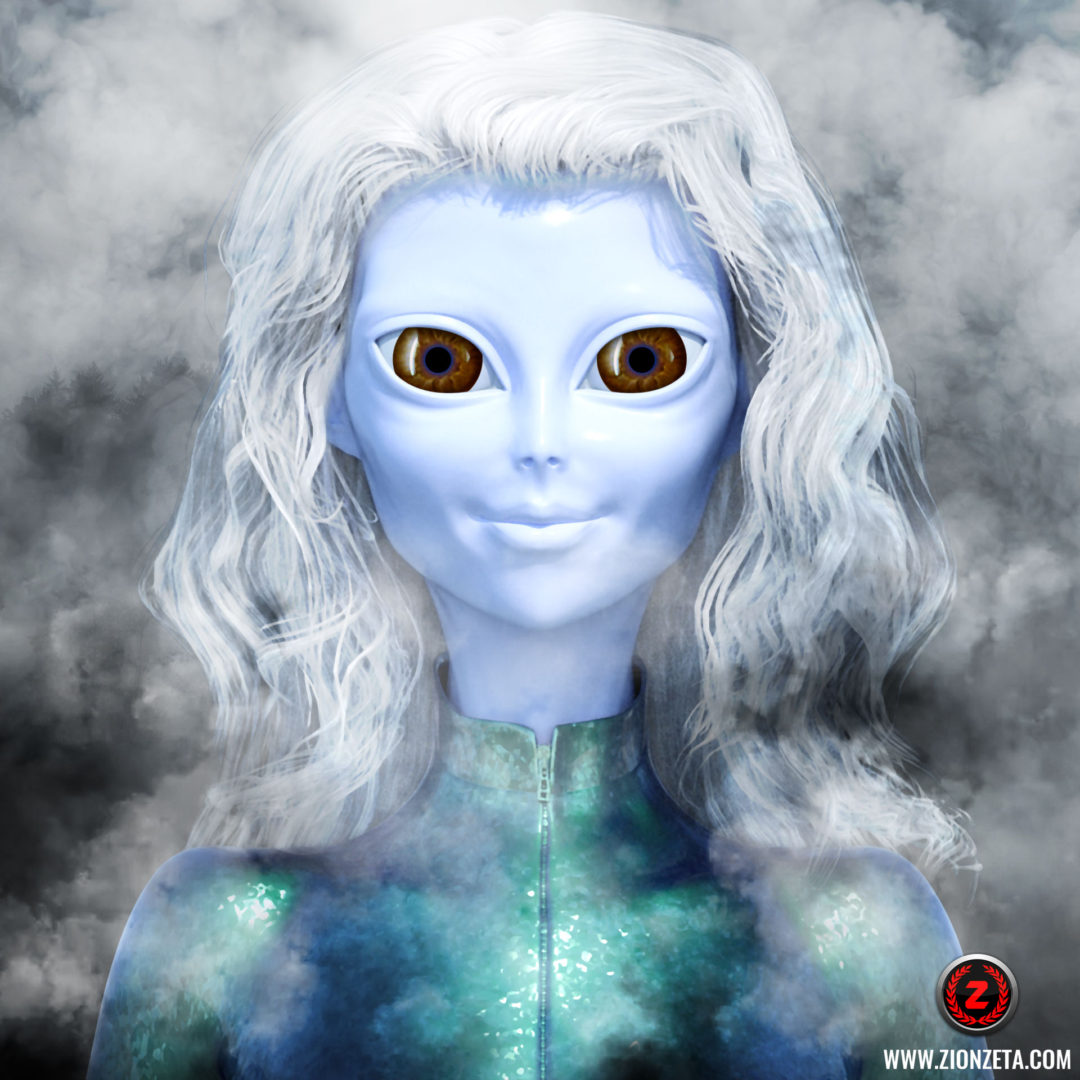 Her name is Celeste, and even though she gave me extensive messages for Jason in regards to her connection with him as well as other details important to him, I have felt a sense of unease in sharing them, only to realize that it’s because she does not want me to share personal information with the public. It’s rare when this happens to me with a friend/client and their ET contact but it happens. However I will share an interesting event during the creation of this illustration.

When Jason asked me to illustrate her, he wasn’t exactly sure of her facial details and appearance as he saw her through fog/smoke and her image wasn’t very clear, but he did his best to give me as much detail as possible and I began to work on her image for the next few days.

One night, Jason mentioned to me that she had a blue-ish glow around her rounded black pupils and to make her uniform a shimmering aquamarine or turquoise in color instead of true-blue…except for one thing. These two little snippets of information were actually from a dream that I did not at first recall that I had, and when I skimmed through the emails I didn’t find anything where he said those two things, so when I mentioned it to Jason we were both puzzled and he mentioned feeling “exposed” on the same night I had that dream interaction with a higher aspect of his.

So we’re taking it as either his higher self who communicated with me through a dream, or perhaps Celeste herself using Jason’s energy to communicate with me to provide corrections and more accuracy to her portrait.