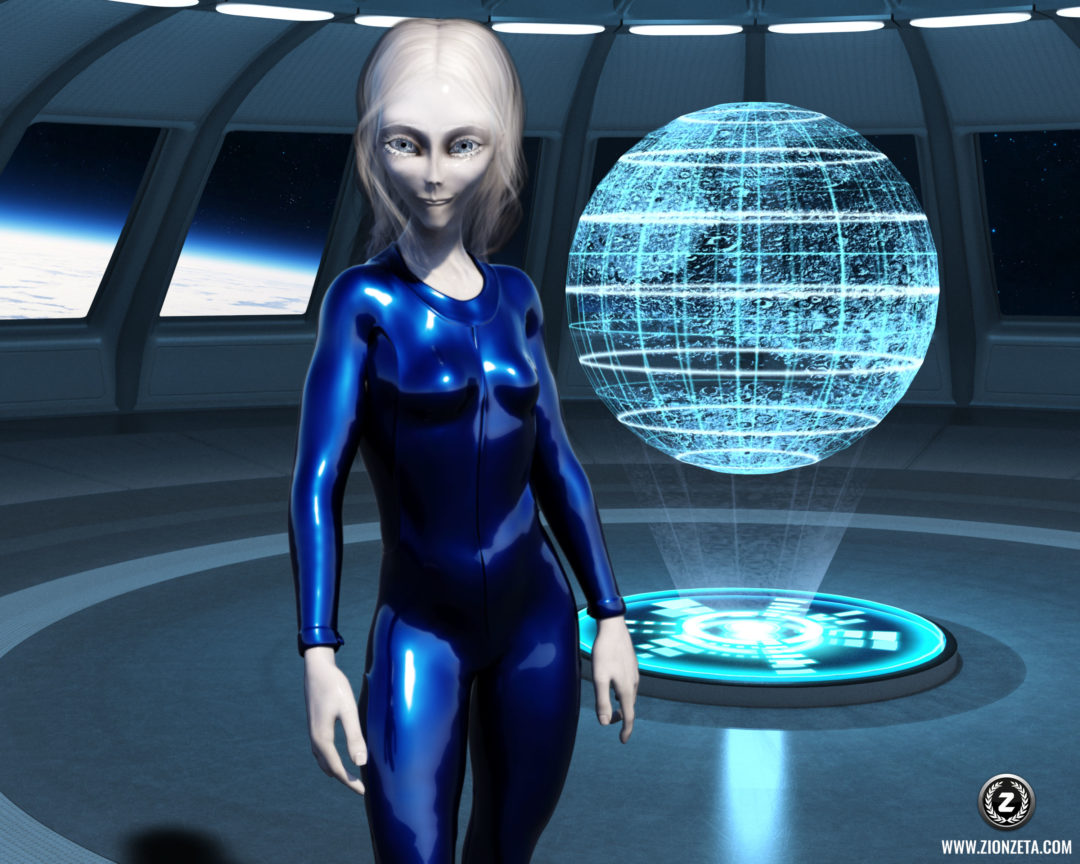 I initially got so involved in the creation process that I focused so heavily on translating her image and energy into a portrait, to the point that I blocked out any type of interaction she may have wanted to have with me during the making of her portrait. However, I feel like she didn’t mind at all.

After finishing Syanna’s portrait and sending it over to you, I went to sleep. I was going to meditate with her image on the next day, when I felt more refreshed, rested and energized from Uni. But Syanna had other plans in mind.

As I tried to sleep, I could see myself in a different environment. I was no longer resting in my bed in the dark. I was somewhere else where it was chillingly cold during the sunset. The ground beneath me was ice, and white mountains surrounded me, “Arctic floor” came to mind but I paid no mind to it. I was curious, why was I there? What was I supposed to see?

I looked up to the dark clouds above me and saw a blinding light approaching me at full speed. Next thing I know, it hovered right in front of me. The light dissolved, revealing a crystalline spacecraft. It was a gigantic clear quartz hovering above the ground, but it was a spacecraft, you could actually travel in it. I was so puzzled. “What does this mean?” and that’s when I heard her speak.

“It’s a traveling device. Get in.”

So I stepped forward and walked right through it as if it was a portal. It would turn to liquid if I touched it, it was just so that I could have access to it and get inside, once inside it would become solid again.

I don’t remember the inside, I guess I was not allowed to see it, but I also am guessing that’s why she wanted me to depict her inside a spacecraft but close to Earth, her symbolic message to you that she’s near you.

“What’s this about, Syanna?”
“Tell him that he should work with the vibration of the clear quartz crystal. It can help him by acting as a bridge for communication and interaction between us, as well as a protective, astral traveling device for when he wishes to reach out to me during his sleep.”
“What about the rose quartz pendant he has? I feel like asking about it to you.”
“That is the symbol of my deep love for him and our connection. Tell him to hold it near and I’ll be there, like I always have. Working also with this energy will help him in developing stronger boundaries and shielding from negativity, also in distilling energies and see/perceive them with more clarity. And you, Zeta, use your own crystals, the other ones, to keep yourself balanced and in the clear. That is all for you. That is all for now.”

And I fell asleep without writing it to you in the message I wanted to send around 3:00am. But I guess I needed to absorb the energies and integrate the messages better in order to be clear about them to you.

May this short message benefit you all as well.

*Ahem* I need to apply it to myself too xD