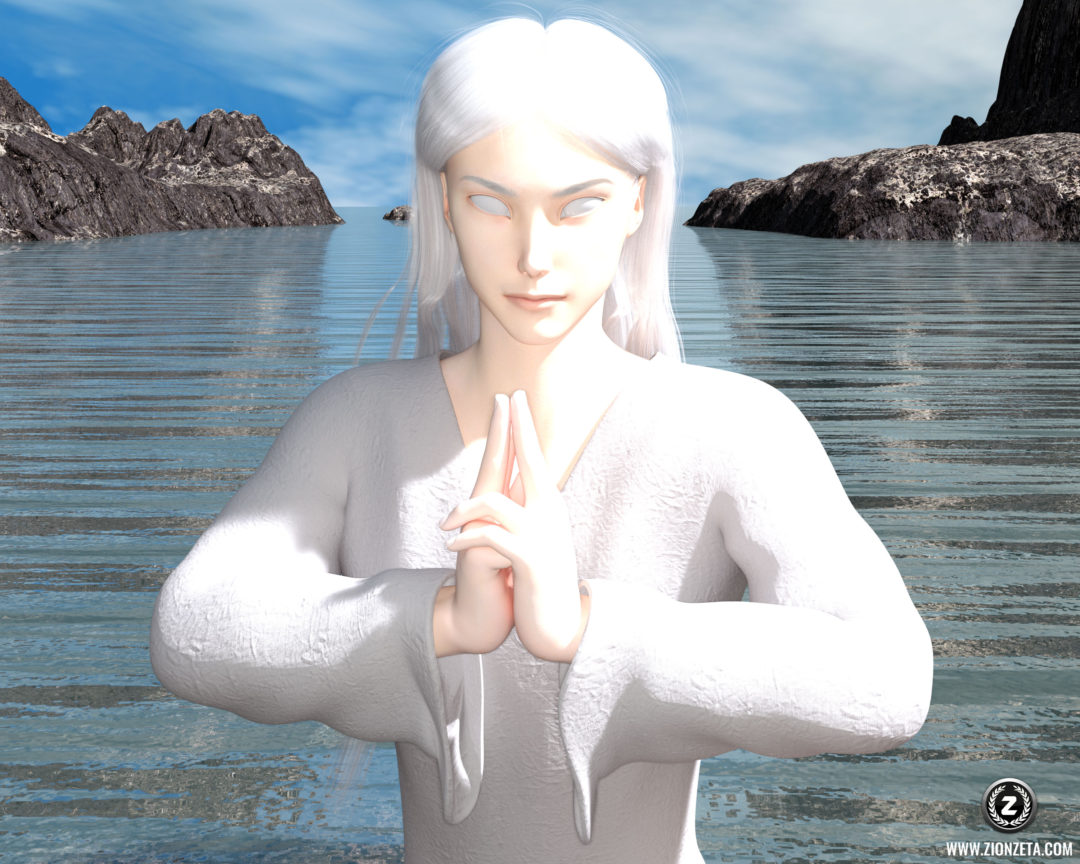 Crystal has been feeling a masculine energy around her recently, I would say the past three months or so. Initially during our meeting, she had no idea why she wanted to commission me, but she had the strongest feeling that I was carrying a clue for her and she wanted to have access to it through my art. At first I had no clue either, what to expect or who to expect to come through. I could not perceive anything or anyone in the beginning, until I released expectations and had a vision in a dream.

In the dream, I was taking a shower and I was washing my hair. At some point I closed my eyes, slightly tilting my head back so the water could pour down over my head as well as my shoulders. As I relaxed, a bright light suddenly hit my inner vision, once it was clear, I saw a handsome young humanoid male in a white robe, with long white hair behind his ears, large blank eyes and a delicate facial structure like that of an angel or elven, but it wasn’t just any other man, he was a guide.

As I started writing and remembering what he said and analyzing his words as well as his image, I realized that, Crystal, you don’t have Pleiadian guides or star family. You are connected to the Tall Whites which can look similar in appearance, but their energy is definitely different, more serious and strict. He felt more like a guide, I have a feeling he was a past life lover also, from a really far past, almost medieval, due to how strongly he connected to me and the desire in his eyes. In his piercing gaze I felt his love as that of a man who desires a woman as his lover and I think he was pushing that energy to me not because I was naked and taking a shower but so that I would be able to translate it TO you FOR you because it is directed AT you.

The rest of the notes are reserved for Crystal.