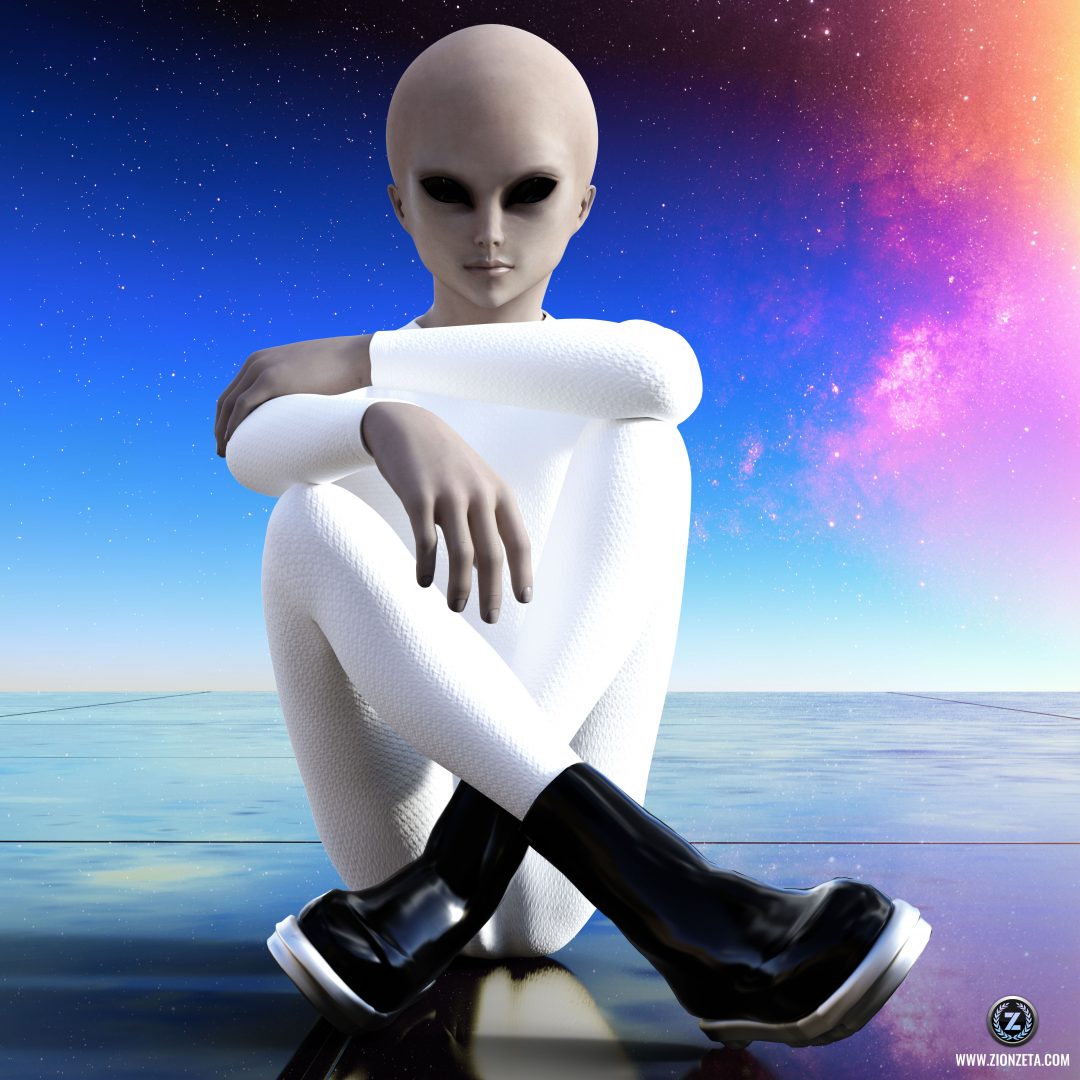 As to the third and final portrait, “The Observer,” the story on how he came to be was quite funny. When you initially contacted me months ago, I swear you were asking me to depict a very specific hybrid, but when I looked back to your email for reference a few weeks back, I was surprised to not see anything of what you told me about this hybrid. Or at least, what I thought you told me. So I took this as a sign that a hybrid teenager wanted to come through.

I sense his curiosity and sense of awe towards this planet, it fascinates him because you are in it, he says that it makes it “Extra special and gives it a nice glow. The glow of your smile that echoes around the planet.” and if that isn’t the sweetest thing I ever heard a hybrid say, I don’t know what is. I am not easily impressed but this time I can’t help but be. He does not speak much, but he doesn’t need to, I can just feel his love oozing from him, despite his poker face. He finds it funny that people feel thrown off when someone does not show facial reactions and expressions, it’s a human quirk that amuses him especially because of the lack of telepathy, otherwise people would not take it personal, which he also finds amusing. He is a Sassani with Sirius C roots, roots that come from you, one of your galactic aspects from Sirius C, the father is confusing as I am getting either a Pleiadian energy or Zeta. One of you is a full-blooded Zeta or Pleiadian and migrated to Sirius C together, if that makes sense.

[Some segments of the notes have been omitted.]