“Transmission from The Arcturian Council” | 8/1/19 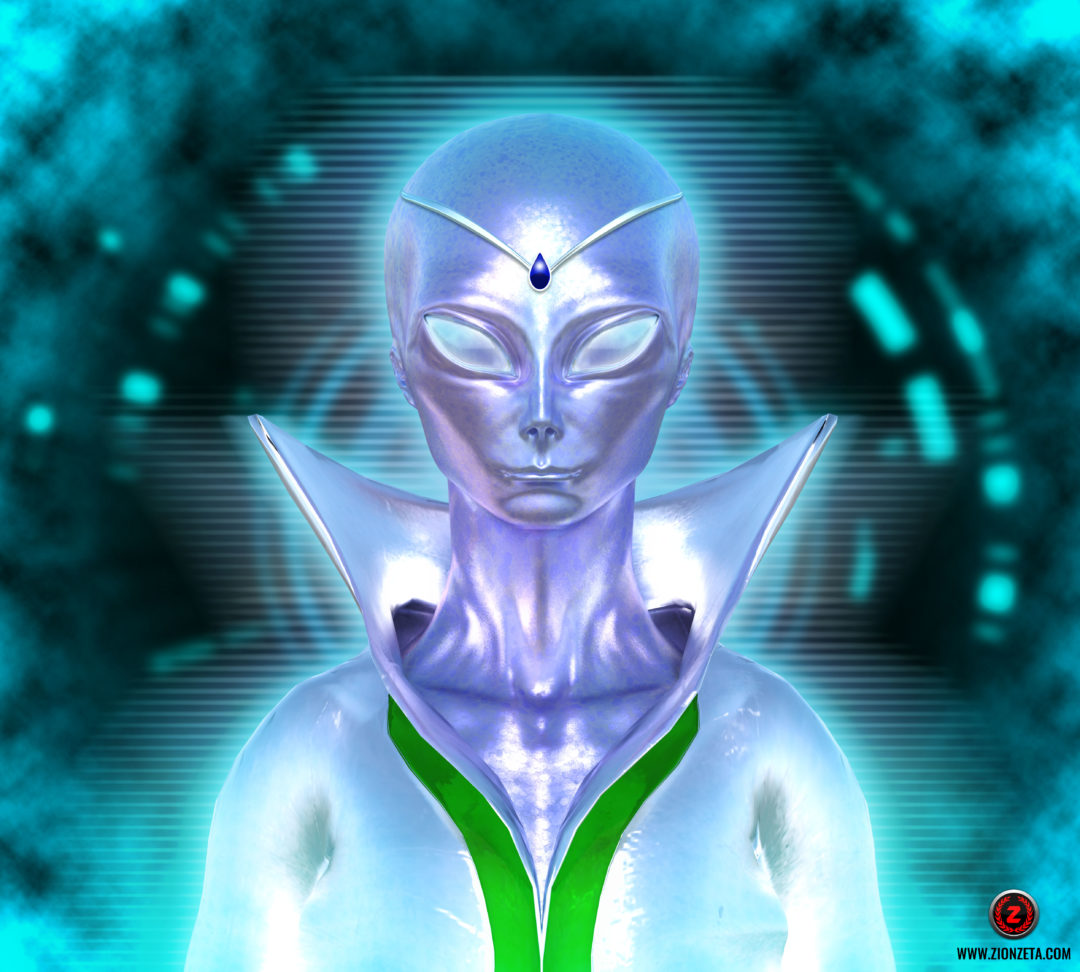 PHEW! When Jesse approached me with a request to explore his galactic connections back in July, I was not expecting so much to come through just by tuning in to his energy field.

It was the first time that no guides, star family, or hybrid children really showed up for a client during meditation, but rather, the Arcturian Council themselves through astral projection, at least one of them who so kindly allowed me to see him with full clarity and in complete detail. Although who knows, perhaps he is one of his guides, or an aspect of his Higher Self, but he never specified anything. Jesse did not mind as he was only curious to see who came through.

The reason why this portrait is being made public now is due to the importance of the transmission and the messages that came forth in it, after much hesitation from my part of doing so.

I was somewhere during the night. Running away. The area I was in was nothing but grass and maybe a house here and there. Eventually, I made my way to a more populated zone, but it was not a populated zone. People were reunited there. There were dozens of them. They were all lost and confused just as I was. We all were wondering how we got there and why were we there on the first place.

A bright, blinding turquoise light on the sky surprised all of us. There were gasps, screams and comments, some were stepping back, others tripped and fell on their backs on the ground, some remained in place to stare in awe, including me. Out of all the people, I stepped forward without realizing it, to have a closer look.

It was a rounded, black spacecraft with a bright turquoise light underneath. My eyes widened at the design, but they widened even more when the spacecraft opened from underneath. The glow of the turquoise light divided in half to allow a white light to emerge from it, which was the inside of the spacecraft. A device floated outwards towards me and hovered only about a foot away from me.

From this small device, a huge hologram of a male ET being appeared before me. The people behind me gasped and remained silent. His skin was iridescent, so were his eyes, which both changed color with the lighting. His skin tone was greyish with light blue and lilac glimmer as well as sparkles of white light. His eyes were a foggy mix of white, baby blue and lilac. He wore a cape which was mainly silver and had green edges as well as a silver tiara with a blue gem on it.

I was surprised, in awe, I was speechless. My heart was racing as my body processed his energy and adapted to being so close to him, despite it being a hologram. I took long deep breaths to calm myself down, since I was shaking and out of breath, my body temperature dropping and limbs becoming numb. Typical when I encounter someone of a very high vibration. It overwhelms my body and energy.

“Peace be still.” I whispered to myself.

I have never seen him before, so I was very intrigued by him. Or maybe I have seen him before, since the brain cannot make up faces out of thin air from what I’ve heard. Both, his energy and appearance highly intrigued me. He sent me an impression through telepathy that they were part of the Arcturian Council.

Even though I could move freely, I was frozen in place out of my own will, absorbing his image as well as his gaze. I gazed into his eyes intensely, and so he returned the gaze, much more intensely. However, he was very, very stern, meanwhile I was hiding a goofy grin.

“Des tuh, a dee’lesh.” He saluted while making hand signs with both hands, and nodded at me to say it back along with the hand signs, but I could not do the hand signs.
“Des…tuh?” I clasped my hands behind me.
“Sorry, could you repeat that again?” His hologram grew in size, almost touching my chest.
“Des…tuh…ah…dee…lesh.” He repeated himself louder and slower as well as the hand signs. His voice was deep and husky.
“Ah! Des tuh, a dee’lesh! I can’t memorize the hand signs.” He smirked and looked at the others that were out of view at his left side.
“Is that acceptable?” From my impression, the others nodded and he looked back at me with the smallest, cockiest grin. I giggled, breaking out of the tension.

Arcturians have always been quite arrogant and condescending from my experience with a few groups, mainly and mostly two groups, the golden ones and the ones with reflective, purple-ish skin. It is simply who they are, and I don’t believe they do it on purpose. This is their sense of humor, also. Thankfully, I have thick skin and can handle them, most of the time coming up with a witty and sharp response, which amuses them greatly. If you have thin skin, however, they will tease you forever, until the end of time. They love to banter and so do I. This time, however, they were very, very serious.

“We are not happy with the current state of your planet.”
“Are we going to die?”
“No. We are referring to the ice melting, wildfires and other natural disasters that don’t seem to phase you at all.”
“Why are you all here? Are you guys going to take us with you? Or live with us here?” He glanced to his left, where the rest of the group was.
“Should knowledge be turned into compassion?” He was asking for their opinion whether he should answer my questions or not. It was my impression that they nodded at him, as he looked back at me.
“We are already there but we are over here. You will not live with us for we are within. However, some have become corrupted with divisive beliefs that are in conflict with others who only wish to bring in harmony, stabilization and balance to your place.”
“Look, I know what you mean and where you are going with this, but what the rest of the others do is not my problem. I am here to do my part.” Little did I know that I was in for quite the speech. He sighed, frustrated and rather annoyed by my response.

“That is exactly the problem that we have been witnessing for a long time now. We have waited long enough and we are growing tired. We will not be the ones that will save you out of your creation, hence why you are where you are now, for you are the ones in charge. Not us.

Do not trust claims that we will make an appearance, do not trust on dates you are given, for we do not follow human structures. This is only to deceive you into giving your power away and to replace action with waiting, so that you do not fulfill your mission.

But now…we want to address you as well, Zion. Your mentality of operating individually is exactly what others are doing, except they are getting their minds infiltrated with division through political, religious and other types of beliefs that are outdated on your planet. Their minds are vulnerable to duality exploitation.

We have seen much progress from all, only for it to become stagnant due to these insignificant things compared to others that have a bigger priority, like your mission. Unite. Work together, think together as One. Let love rule in your heart, not the next leader.

Can you put your differences and desire to put each other down aside for once and go beyond the circus show? This, the differences, this is what makes you a team, so act like one.” And I woke up.

I paraphrased it as best as I could out of memory, but I am sure he came through while I typed it down after sketching him on my phone for reference in order to depict him accurately. Arcturians are, perhaps, the only energy besides the Mantids that stay around until everything has been said, translated into words and done.

Later during the night, I tuned in to the same energy again, as I felt very baffled, confused and disoriented, as well as if there was something missing and that the transmission was incomplete.

“…The future as a whole cannot be predicted with certainty due to free will of each individual and the different timelines that each one is experiencing, therefore what you do in the Now is how it will affect the outcome of what you call future, which is simply another aspect of the Now, but it is your ‘future’ and not everyone else’s. This is why you see various outcomes when you read someone’s energy, Zion, as well as the most possible outcome likely to happen based on the CURRENT energy of the person, which can always shift and change.

To claim that you know the ‘future’ of all as a whole is a very bold and deceiving statement coming from a place of aggrandized ego that we will make sure to disprove to you to burst your bubble. And we are not talking about you, Zion, even though we are speaking directly to you. But we are sure you know who we are referring to here. False…Prophets.

If someone receives a number, which you call ‘date’ it does not mean that all other timelines will experience the same event that this particular one will experience. Do not fall in the same trap in different gift wrap. Have you forgotten the programming you have broken free from?

We know you wonder why we seem to have retreated. This is so you break your co-dependence on us for intervention. Not you, Zion. Stop following others and become your leader. Focus on your mission. Now.

Share this transmission with others and we hope that you do this time.”

From how I interpret this, they are not happy with you relying on channelers so heavily. But honestly, I don’t even know if you follow any channelers at all. That last question…if you or we have forgotten the programming we have broken free from, he is clearly referring to breaking free from religion, false prophets, books of truths, dates of the end of the world or the coming of Christ, it is coming back in similar ways through certain material that you are now consuming, that is worded differently, and this makes me think of channeled material. But then wouldn’t that make this message I am giving you irrelevant? I honestly do not understand and I wish I could so I could help you.

This, however, felt like a message bigger than this portrait and bigger than the interaction between you and I. They gave this message to be made publicly. Did you notice how he referred to more than one of us? I am concerned over what they are getting at here, because I do have the impression of what they are referring to, and I am scared to share this.

*The client does not wish to share to his own social media pages due to security issues, but gave me full authorization to make this portrait and the transmission made public.*