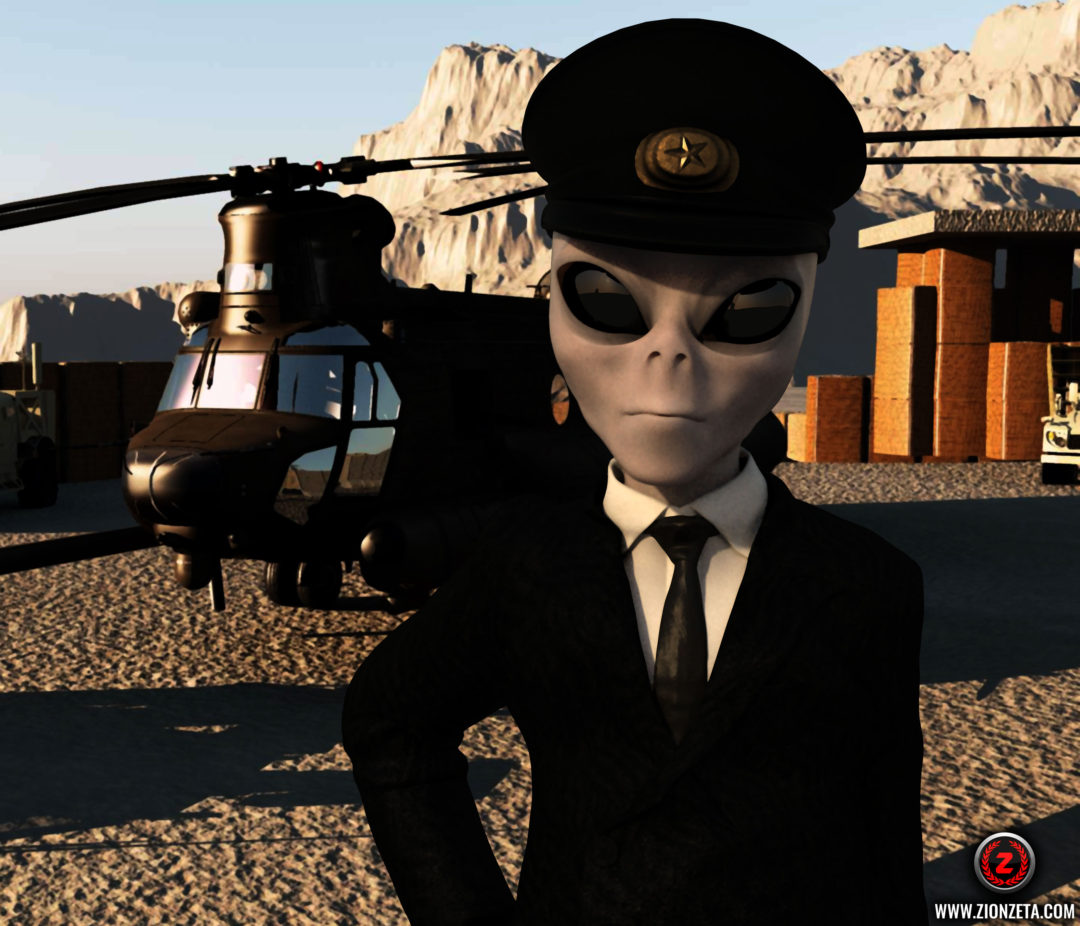 Have you ever seen a Zeta Grey wearing an Earthly military uniform? It is rumored that there’s a small group of service-to-self Zetas who work along with the shadow military for covert ops (like military abductions for example). A MILAB is typically done when someone has witnessed something otherworldly or has had interaction with/or abducted by extraterrestrial forces. These re-abductions usually take place to investigate what type of information the ETs may have given to the contactee/abductee that the shadow military can use to their benefit (learning how to operate a spacecraft and so on).

Damian has had the unfortunate chance to be a military abductee himself after witnessing a UFO, but this image is the only thing he can remember from the experience, as he’s afraid of going for a hypnosis session to uncover what happened. And no he doesn’t want to go public with his experience.

But how can we be sure that he was confronted by an actual Zeta Grey and not a normal human being? After all using reverse-engineered alien technology to put a screen memory in someone’s mind is possible. What if that was “their” way to intimidate him so that he’d hesitate in investigating more about spirituality and extraterrestrial contact?

They will use your fears against you as a way to shut you down on your journey, so stepping into your power is a must in order to rise above the darkness that these shadow human forces are attempting to impose on us. The threat does not come from the skies, but from here, otherwise we’d have been wiped out long ago.